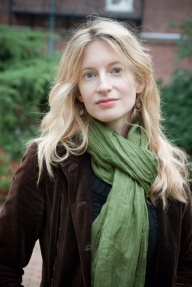 Dr.  Jade d’Alpoim Guedes carried out undergraduate degrees in France where she earned separate degrees in Archaeology, Sinology and Tibetan and Himalayan studies. She earned her Ph.D at Harvard University in Anthropological Archaeology in 2013, where she served as a Radcliffe Institute of Advanced Study Graduate Fellow and was awarded a Dissertation Award honorable mention by the Society for American Archaeology.  She carried out a postdoctoral fellowship at the Department of  Earth and Planetary Science at Harvard University in 2014 in the laboratories of Dr. Jerry Mitrovica and Dr. Peter Huybers.  From 2014-2017, she was an Assistant Professor of Anthropology at Washington State University, where she directed the Paleoethnobotany Laboratory. Since 2017, she is a joint-appointed Associate Professor in Biological Adaptation and Hazards of Climate Change Impacts in the Built and Natural Environment  the Department of Anthropology at University of California, San Diego (UCSD) and at Scripps Institution of Oceanography (SIO).

She was promoted to Associate Professor (with tenure) at UCSD and SIO in 2019.

Dr. d’Alpoim Guedes has co-edited one book and published numerous articles in venues such as Science Advances, Proceedings of the National Academy of Sciences (PNAS), Science, and Current Anthropology. Her research has pioneered methods of understanding how changes in  climate impacted ancient farmers through a combination of computational modeling and archaeobotanical research. Her research identified how and why a major transition in subsistence regimes took place on the Tibetan Plateau that resulted in a switch from farming systems based on millet to ones based on wheat and barley and agro-pastoralism. Her research also extends to modeling how changes in ancient sea-level impacted humans on the Chinese continental shelf.

Dr. d’Alpoim Guedes has worked in the archaeology of China for the past 10+ years where she has participated in a wide range of projects including establishing a program of archaeobotanical research in Southwest China where she analyzed material from Sichuan and Yunnan and from the Chengdu Plain Archaeological Survey. She currently is also a member of a Tao River Archaeological Project in Gansu.

Dr. d’Alpoim Guedes is committed to open source and reproducible science in archaeology. PDF’s of her publications can be found on Academia.edu and Researchgate.

In her lab, Dr. d’Alpoim Guedes analyzes archaeobotanical remains from a wide variety of world regions with a particular focus on Asia. Current research themes in her laboratory are the study of the origins and spread of agricultural systems in East Asia, South Asia, Thailand, Mesoamerica and Africa, identifying human impact on the environment, ancient foodways in the Northwest coast and Plains of the Americas and the relationship between changing climate and changes in subsistence systems.

Dr. d’Alpoim Guedes is the secretary for the Society of  Ethnobiology.